Interview: Joel Dicker – The Truth About The Harry Quebert Affair 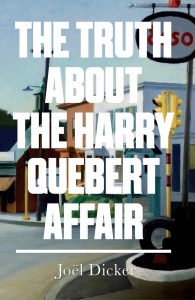 Having finished The Truth About The Harry Quebert Affair only days before the interview, I was intrigued to meet Geneva born Joel Dicker, a writer with a novel which belies his mere 28 years. He is hailed as Switzerland’s coolest export since Roger Federer, with rights sold to 45 countries in 32 languages and over 2 million copies sold in less than a year.

For me, minus the supernatural element, it was reminiscent of a great Stephen King novel.

You can read the full interview on writing.ie by clicking here.

The Truth About The Harry Quebert Affair: